The bathroom, not surprisingly, is packed full of plumbing fixtures, so it is not surprising that this part of the home, more than any other, is prone to leaks. It is also not surprising that some of the worst leaks in the bathroom are linked to the bathtub. A lot of the time, people do not even realize their bathtubs are leaking until a lot of damage has been done to their home and serious problems like mold have arisen as a result.

Leaky bathtubs are a real risk and that means as soon as you think to yourself “My bathtub is leaking,” you need to take action to stop that water from ruining more of your home, as well as your bathtub.

Despite the fact that bathtub leaks can be really serious, they are often very easy to remedy if you have even a little DIY experience and the right tools. With that in mind, here are some of the most common causes of bathtub leaks and some advice on how to fix them quickly:

Identify Where the Leaks are Coming From

Due to the fact that there is so much plumbing in the bathroom, it’s not always easy to see where a leak is really coming from. Water is very mobile, and just because it is seen in a certain area, does not mean that is where it originated from. Water can travel along the exterior of pipes for surprisingly long distances before you ever notice a drip. This means that a drip that starts in your shower could appear to originate with the bathtub. If you want to repair leaks, this means that you first have to identify the true source of the leak by checking all of the plumbing fixtures around the leak.

Leaking faucets are one of the most common causes of bathtub trouble. Luckily, they are one of the simplest to fix too. The problem is that many homeowners do not see a faucet that is dripping a little like a big problem. After all, the bathtub catches the drips and they don’t cause wet flooring or mold to appear, so what’s the big deal? Well, any bathtub leak is a big deal really. For one thing, a leaking faucet can lead to much bigger water bills, and eventually, the constant drip, drip, dripping will start to corrode the area of your bathtub it hits, causing an unsightly strain at best, so it does need to be fixed as soon as possible.

Most of the time, this kind of tub leaking can be fixed by replacing the old rubber washers that are located inside the faucet. These washers can dry out over the years, leaving them unable to perform their function, and all you need to do is take apart the faucet, locate the washers and switch them for new ones to sort the problem. If you aren’t sure which washers to use, take the old ones to your local hardware store and have the experts there replace them with the right kind.

If, after replacing your faucet’s old washers, your bathtub still leaks, it could be that the entire faucet needs to be replaced and having a qualified plumber do this work is a pretty good idea because, although you can do it yourself, unless you have plumbing experience, you may find it difficult and so many things could go wrong. It might seem like an expensive fix, but it will start paying for itself in terms of lower water bills and fewer bathtub maintenance issues, pretty soon.

Leaking drains are a likely cause of water that seeps from underneath your bathtub. This could be a leak coming from under the drain, which would require the help of a plumber to set right. However, a leaking tub drain could also be caused by a failing seal in the vicinity of the drain assembly. If that is the case, it is possible to fix the issue without assistance by buying yourself some plumber’s putty and applying it to the area around the drain. You’ll need to read the instruction manual or watch a Youtube video on how to safely remove the drain first, but this is actually pretty simple and you should be able to complete the job in a few hours. Obviously, if you’re in any doubt about your ability to do the job, call in a professional – don’t mess around with your plumbing!

Often, bathtub leaks are not actually coming from the pipework or the drainage system, but they are appearing due to shrinkage of the grout around the tiles in the area where water from the shower hits them. When shower spray hits bathroom tiles, it can get behind them and when this happens, it runs down the back of the tiles onto the floor, causing a pool of water, making you think you have a bigger problem than you actually do. It’s easy to fix this kind of issue by regrouting the tiles, we recommend mixing the grout with silicone caulking in equal proportions to create a great moisture barrier.

Cracks in the Bathtub

You’d think that a crack in the bathtub would be a pretty obvious cause of leaking, but some cracks can be as fine as a hairline, and that means that you need to do some investigating if you think that the source of the water you are seeing is the body of the bathtub itself.

To check for cracks and holes in the bathtub, simply fill the tub with water, turn off the faucet and look for any areas where the water seems to be being sucked down. You’ll also know the tub is the source if there’s water on the floor after the tub has been filled, and eventually when areas of rust begin to form along the cracks, although finding them before it gets to that stage is, of course, advisable

The overflow pipe, which is typically located at the back of the bathtub is another common cause of bathroom leaks. Usually, a washer that is located between the overflow pipe and the tub. These washers dry up and crack due to age and/or lack of moisture. However, unlike faucet washers, these washers can sometimes be tricky to replace due to the tub already being in place and the walls closed off to it. For tub washers, we would recommend that a plumber come out to assist with replacement.

It is important that you act as soon as you find any leak, no matter how big or small, in your bathroom. If you leave a leak unattended, one of the biggest risks is that toxic mold will begin to grow. Not only is mold unsightly, but it can pose a potential health risk.

Mold can cause or worsen respiratory illnesses and can cause headaches, lethargy, flu-like symptoms, allergic reactions, and chest symptoms that won’t go away. If you’re exposed over a prolonged period of time, it can cause very serious health illnesses.

On a less serious note, acting quickly will ensure that you catch the leak before it does too much structural damage to your home, water rot can weaken beams and cause them to eventually become nonstructural, which could become a disaster for your home. It doesn’t make sense to hold off on repairing leaks when you will end up spending far more time and money fixing your home should a leak be allowed to go too far and cause too much damage.

Of course, you can only act fast if you know that a leak has sprung in your bathtub, which might not be the case if you take showers rather than baths and you don’t pay all that much attention to your surroundings. That’s why it’s a good idea to conduct at least monthly checks on your bathroom and your tub in particular. Look for any drips or puddles that should not be there, and try your best to locate the source so that you can either remedy the problem yourself or call in someone who can.

If you find a bathtub leak that you’re not confident you can deal with yourself, it’s important to get the help of someone who can. Home Angels is expertly trained in all matters plumbing. We will work tirelessly to find the source of your bathtub leaks and work quickly to resolve the problem. Competitively priced, we know how worrying leaks can be and we will do a good job. You can trust us to get to the root of the problem, keeping you informed every step of the way until your bathroom is as good as new.

Initial Signs That You Might Have a Mold Problem

How To Fix A Sewer Leak In Your Yard 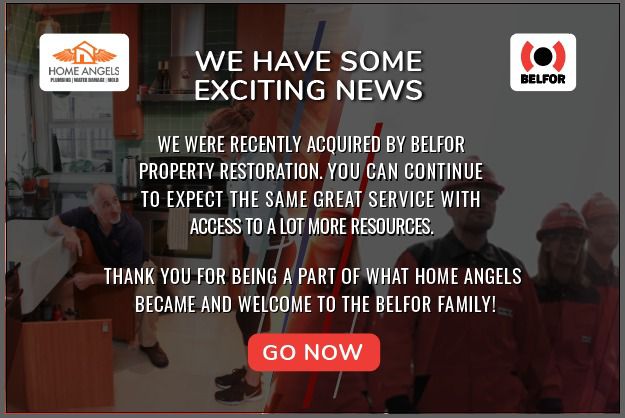